An introduction to the use and abuse of a genre in which we illustrate why explaining science fiction to a German Intellectual does not differ much from explaining art to a dead rabbit. An attempt at various definitions that concludes in a discussion of a possible sense of wonder, as presented in both SF and the visual arts. The presentation deals with SF as a locus where utopia breathes, dystopia triumphs and aliens are less strange than your average neighbor. Thinking of SF as the authentic expression of modern imagination, its attractions and its dangers – in a time when 3D technologies have murdered imagination once and for all.

Doreet Levitte Harten is a freelance curator based in Berlin 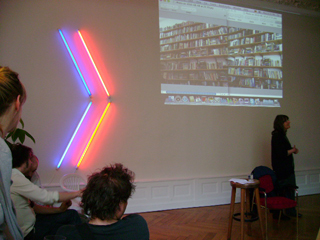 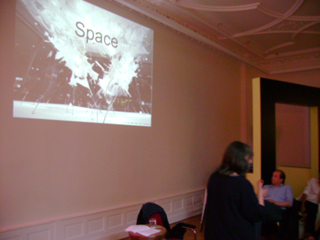