Luis Camnitzer in an open conversation with Michael Müller and the audience about hegemonic language and arbitrary order.

For Luis Camnitzer art is, above all, an instrument for the expansion of knowledge. Since the sixties he has probed founding questions as to the social functions of art, the relationship between artist and observer as well as the multilayered network of language and power. It is essential to his method that the process of making sense occurs in tandem with the audience, where the work functions as the generator of communication to open mental space. The written word is an important aspect for Camnitzer’s artistic creations as well as in his theoretical writing, which strives to be as astute as it is enigmatic in its expression.

Luis Camnitzer will discuss his methods and conceptions of art and education with its aims and miscellaneous obstacles with Michael Müller. The audience is cordially invited to join in.

The conversation is organized in collaboration with Aanant & Zoo on the occasion of the exhibition „Luis Camnitzer“, opening on November 18. 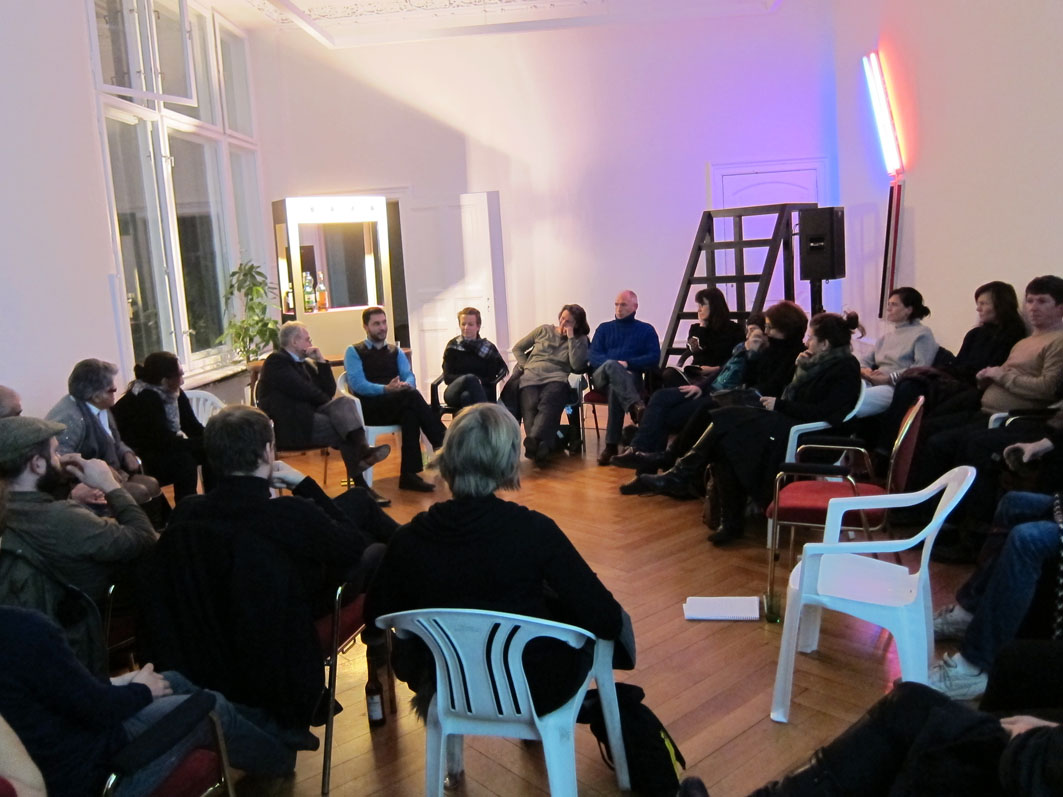