It’s Athens, 416 a.d., and a number of the city’s luminaries get together for a drinking party at the home of the famous tragedian, Agathon. After some eating, drinking and dilly-dallying, they each resolve to deliver a panegyric in praise of Love. The spirited, sage and sumptuous results have been written down for posterity (in the voice of one Apollodorus of Phalerum, who heard it from Aristodemus of Cydathenaeum and Socrates himself) by Plato, in one of his most deft dramatic dialogues, which we now know simply as The Symposium, or drinking party.

Cast, in order of appearance*

Aristophanes, the comic poet (skips his turn due to hiccups)

Agathon, a tragic poet and the host of the party

Socrates, the one and only (recalling the advice of Diotima, a wise woman from Mantinea)

Alcibiades, beautiful and notorious, at the zenith of his power in Athens

* The parts of Apollodorus, his unnamed friend and Aristodemus, three characters who introduce the story, will be skipped due to time constraints. 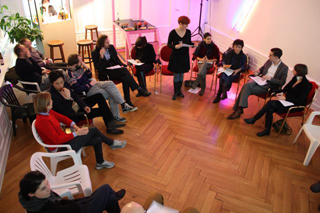 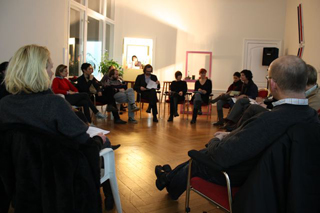 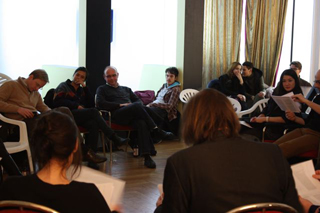